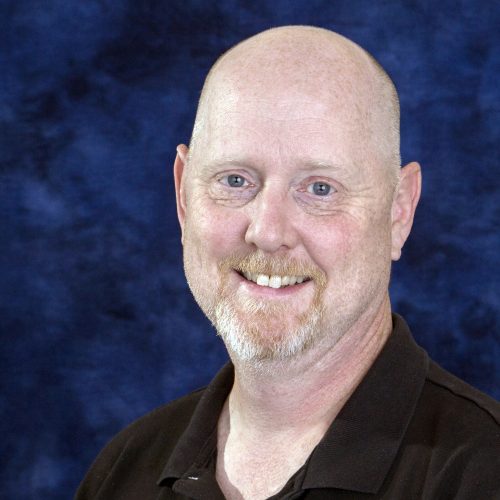 Part of the WHF Team since October 2009

I am the Director of I.T. and HIPAA Security Officer at Wyoming Health Fairs and ultimately responsible for all things “Nerd” with WHF. Keeping the network infrastructure between our 5 offices, more than 15 servers, and nearly 150 computers connected, secure, and backed-up is a busy but rewarding task. I also oversee and am closely involved in the enhancements and maintenance of existing software systems, the development of new software, as well as disaster recovery operations.

Although I worked for WHF as a contractor for a year prior, I started “officially” with WHF in 2009 as a software developer after spending the majority of my I.T. career as a “Code Monkey” with Fortune 500 companies. I love the tight-knit team atmosphere at WHF and each persons’ eagerness and commitment to providing the highest possible level of service to our customers, and seeing the difference we often make in peoples’ lives is incredibly rewarding.

I have “known” I wanted to be a programmer since I was twelve years-old, up late every night on my Sinclair ZX81. But my first actual work-related software projects solidified that and ever since I’ve taken great satisfaction in automating manual processes to make others’ work-lives more productive, efficient, and rewarding.

I’ve also been married to my beautiful, brilliant wife Charlotte since 2009 and have a son (Riley) and daughter (Lexi). We have a rescued St. Bernard / Border Collie mix named Arlo who is our 180 lbs lap-dog. We also have a cat named Timothy who pretty much rules-the-roost and keeps Arlo in line. Timothy really has no idea how small he is, just as Arlo has no idea how big he is.

I’m very proud to be a part of Wyoming Health Fairs mission and being able to contribute every day to such an amazing organization and cause. 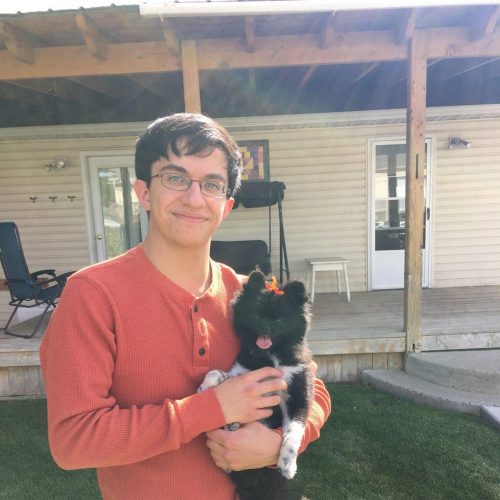 As a part of WHF’s IT team, my tasks vary day-to-day. I mainly provide computer support our offices and remote draws. I also ensure, at the end of every week, that all of our laptops used for remote draws are updated and prepared for use.

Working at Wyoming Health Fairs has been an incredible experience because of the people who work here and the people we serve. Being an organization of our size allows everyone to know one another on a personal level that makes it seem like one big family. I am grateful to work with such talented and hardworking people in addition to being a part of the help and services WHF provides to so many communities.

About me: I moved to Casper in 2014 after graduating from high school in a small farming community in Idaho. The Wyoming and Idaho lifestyles are very similar, so I’ve found myself right at home living here. My love for the outdoors and wildlife has transferred well and I’ve enjoyed traveling around the state to appreciate the beauty Wyoming has to offer. My hobbies include camping, tennis, video games, and bike riding. I also enjoy shooting rubber bands into David’s coffee.

Don aka Bob has been an employee with WHF since May of 2015. Initially spending a year in the IT Dept. before moving into Wellness. He is currently the Health Data Analyst. Don spent 22 years at Wyoming Independent Living as the MIS Manager before coming to WHF. He enjoys walking, playing basketball and spending time with his family. Did we mention he enjoys walking?! 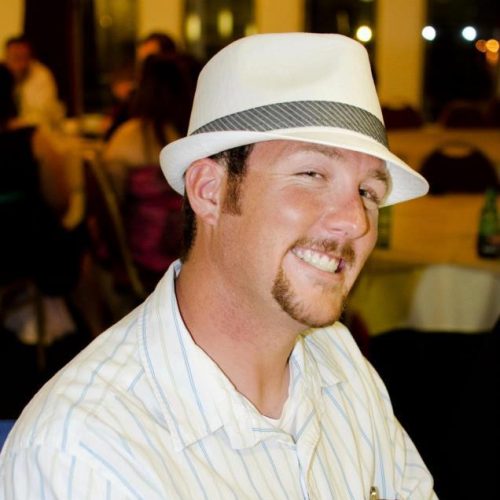 Being a late bloomer in the I.T. field, my current role thus far in my career is that of student. I have learned so much in the short time I’ve been involved with technology and continue to do so in ways that wow and amaze me. WHF knows I’m a newbie, and took me on regardless, to allow me to grow as I continue to better myself and those around me. It is a rare thing to find a company that is willing to put in as much effort for their people as the people are for their company.

I have lived in Wyoming my entire life, residing in Pinedale before heading to Casper in 2005 for college. I received a full ride scholarship through music, playing saxophone in the jazz bands and concert bands while still focusing on a full laundry list of classes. I enjoy going out on adventures of any kind and truly try not to limit myself because life is all about experiences and we never know when life is going to change on you. I am currently engaged to my girlfriend Jinna and we have a 2-and-a-half-year-old (at time of writing) named Zayne.

I’m sure if you’ve hit my bio at this point you have already read about most everyone else that is here. Much of it is probably sounding cliché regarding the culture, the people, and the mission at WHF (very least my vibe when I first read through it). What I can tell you is that it really is true. I feel this place allows its employees to work towards a cause that is bigger than themselves and it shows via the atmosphere and our day to day interactions with all those that come for our services. I’m happy to be here and hope to offer as much to WHF as it has to offer me!